To give you the best possible experience, this site uses cookies and by continuing to use the site you agree that we can save them on your device. Cookies are small text files which are placed on your computer and which remember your preferences/some details of your visit. Our cookies don't collect personal information. For more details please read our updated privacy policy and cookie policy, which also explains how to disable cookies if you wish to.

The Regulations apply to work with ionising radiation but the requirements in their entirety apply mainly to licensed nuclear sites. The Office for Nuclear Regulation (ONR) led the drafting of the publication and it is therefore freely available as a downloadable pdf via ONR.

The Regulations set out the legal duties and the ACOP and guidance give practical advice on how to comply with those requirements. The publication provides guidance for operators in the evaluation of hazards and assessment of consequences, and for LAs on the duties to establish emergency planning zones and make emergency plans.

The Regulations came into force on 22 May 2019, updating and replacing the previous 2001 Regulations. They contain new requirements for emergency planning, in particular:

This version of the REPPIR ACOP and Guidance replaces the PDF version that was published on the Office of the Nuclear Regulator site in September 2019. There is one substantive change to the guidance regarding arrangements for medical surveillance from the September 2019 version.

Explanation of change to guidance regarding arrangements for medical surveillance from the previous draft version.

A change has been made to the REPPIR guidance under Regulation 181(d) concerning the arrangements for medical surveillance in the event of an emergency exposure from the previous, draft version of the REPPIR ACOP and guidance which was published in September 2019. This change can be found at paragraphs 529 and 530 in this new edition which replace paragraphs 388 and 489 in the previous version.

An additional threshold equivalent dose has been added of 100mSv to the lens of the eye, and a clarification of any relevant dose limits which is replaced by the dose limits for the skin or extremities. Further clarifications have been made to these paragraphs to clarify the intent and nature of the medical surveillance that is required in the event of an emergency exposure, in addition to the inclusion of references to the Ionising Radiation Regulations guidance and Guidance for appointed doctors on the Ionising Radiations Regulations 2017. 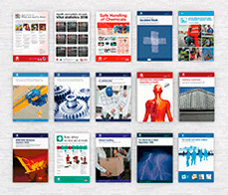